The origins of Cedarbrook Country Club begin at the Mt. Airy Golf Club, an 18-hole course that made its debut in the late 1890's to early 1900's as the sport of golf began to gain popularity in the Philadelphia area. In 1908 the Mt. Airy Golf Club was forced to disband as its leased land became more valuable for building operations and a large portion of the Mt. Airy membership left the club. Nine holes of the original course remained intact and in 1909, the remaining members from Mt. Airy leased the smaller property, formed the Stenton Country Club and continued to play at this location. In 1915 nine charter members of the Stenton Country Club applied for and received a corporate charter creating the legal entity known as Stenton Country Club. The charter and the names of the original nine members are currently displayed over the fireplace in the club's Grille Room.

The club's fortunes followed economic trends and with the help of the members, survived the precarious, prosperous "twenties", the Great Depression of the "thirties", and the war time "forties". The club played host to many local professional and amateur events through this period highlighted by a match play competition between famed American golfing hero Gene Sarazen and the reigning British Open Champion Arthur Havers in 1924, the 1925 Philadelphia Open won by Johnny Farrell, and the 1947 Philadelphia Inquirer Invitational which saw South African Professional Bobby Locke outduel the legendary Ben Hogan over the 72-hole stroke play event (see picture below). Even as the rich history of golf was being created at Cedarbrook, the property was considered so valuable that numerous efforts were made by Temple University to purchase the property for development of undergraduate schools and by developers to create a new baseball stadium for the Philadelphia Phillies.

The "fifties" saw the city of Philadelphia begin its outward spread and a portion of Cedarbrook Country Club was taken by condemnation by the Commonwealth of Pennsylvania for use in the construction of the route 309 expressway.  At first, consideration was given by the membership to rehabilitate the clubhouse and redesign the remaining golf course.  However in 1958 a resolution to sell was adopted and in 1962, Cedarbrook Country Club moved to a 210 acre tract of land in Whitpain and Gwynedd Townships.  The new 18-hole facility was designed by Massachusetts' course architect William F. Mitchell in consultation with William F. Gordon of Doylestown. 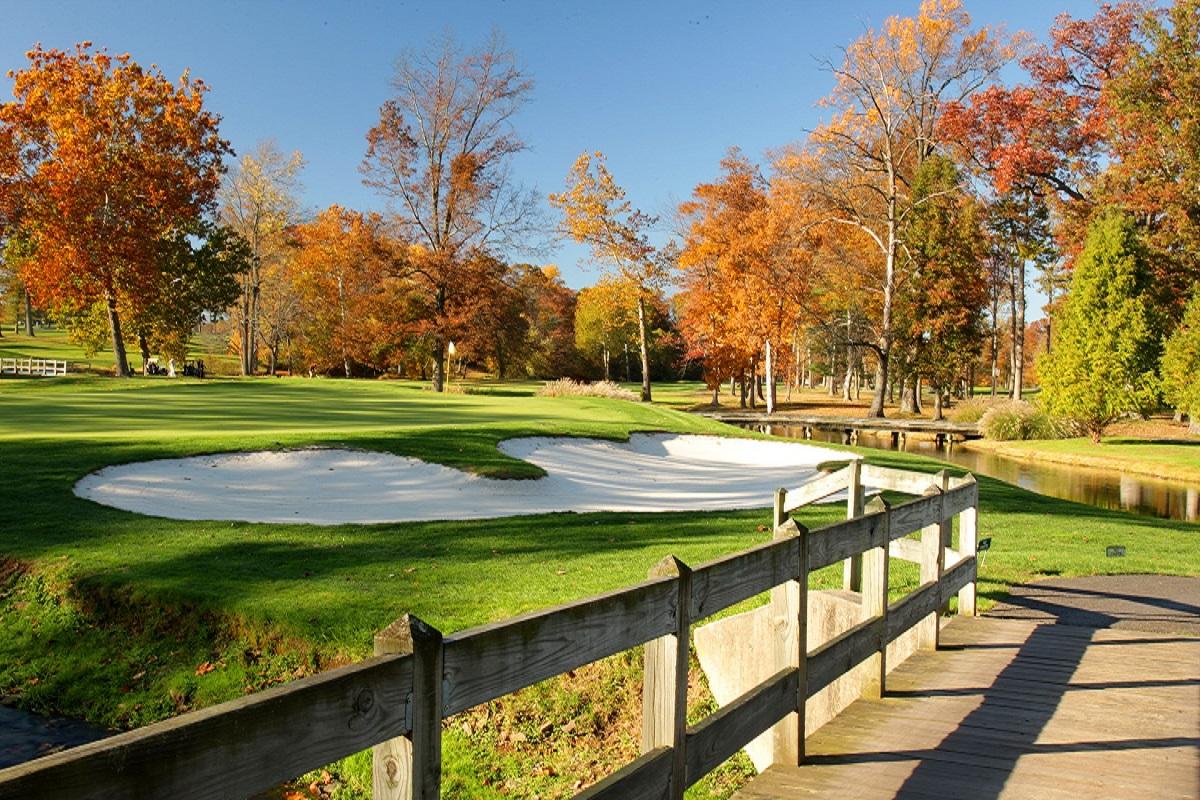 The Cedarbrook Country Club golf course of today remains relatively unchanged from the original design while being enhanced by several course renovations by the membership.  The tradition of supporting the Golf Association of Philadelphia as well as the Philadelphia Section of the PGA by hosting many of their major golf events remains unchanged and the strong leadership and untiring efforts of the membership continue to preserve Cedarbrook's place in the history of Philadelphia golf.